Chelsea have interest in Inter Milan full-back Denzel Dumfries for a long time.

As Chelsea search for a full-back to fill in for Reece James and provide competition for the full-back, the name Denzel Dumfries will not go away. The rumours are getting louder, and there is no smoke without fire.

Dumfries has been performing well for Inter Milan this season, and with his ability to play in a back three, he is certainly a player Chelsea are very much interested in.

The club want to bring in a right-back in January, and the Dutch defender could be the perfect choice. 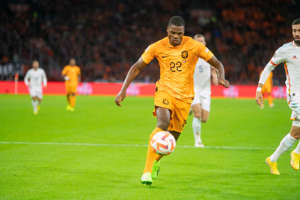 According to Fabrizio Romano, Chelsea have long standing interest in Inter Milan defender Denzel Dumfries, and have always appreciated the player.

If Chelsea do want to make the signing, they will have to pay more than €30million for Dumfries, which in the grand scheme of things is the going rate for any player of quality these days.

Dumfries was in the list for Chelsea during the summer as they looked to sign a right-back, but the deal was not an easy one to do and ultimately the player ended up staying at Inter Milan. 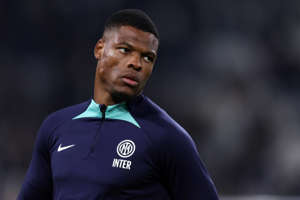 © Provided by Chelsea Transfer Room on FanNation Chelsea could move for Denzel Dumfries in January, but a deal won't be easy. IMAGO / Marco Canoniero

The deal will not be an easy one to do in January either with Inter holding the same stance over Dumfries, but Chelsea are likely to try and see if they can get a deal done.

Reece James is expected back from injury after the World Cup, but competition is still needed for the England full-back.